Proteomics: Using Proteins to Track Disease and Fight Back

The emerging field of disease proteomics aims to identify proteins involved in disease, analyze how their expression, structure, and function causes illness, and generate novel insights into how we can fight back

Up until now, almost 25,000 genes have been identified within the human genome. However, the state of our health and the progression of disease are impacted by more than just genetic code. How the body goes on to interpret that code and how diseases impact normal functioning processes are another crucial part of the story. Starting from just 25,000 genes, there are 1,000,000+ variations of proteins in the human body!

For a deeper understanding of the human body and disease, it’s necessary to explore behind the scenes of genetic function, something that has historically been very difficult to do. Lucky for us, the emerging field of Proteomics, which is the study of proteins and their modifications, may allow us to do just this.

Proteins are the workhorses of the cell

Proteins are essential parts of organisms and participate in virtually every process within our cells. They are large biomolecules made of chains of amino acids, which are organic compounds built of key elements like carbon, hydrogen, oxygen and nitrogen, and side-chain components. They can perform a vast array of functions within the organism, including management of cell shape and inner organization, product manufacturing, routine maintenance and waste clean-up; and, upon receiving signals from outside the cell, they can mobilize intracellular response transport and move molecules from one location to another (1). They really do it all!

Proteomics: an overview of a cell’s health state

Within a cell, a collection of proteins called the proteome determines the cell’s health and function. Proteomics is the large-scale study of the structure and function of proteins within a cell, or a similar group of cells. Proteomes can differ from cell to cell and change over time with the different environment the cell finds itself in. Because of this, proteomes can reflect a cell’s state of health and may even be able to act as a red flag for diagnosing disease in the future! Thus, the rapidly evolving field of disease proteomics aims to identify proteins involved in human disease, and to understand how their expression, structure, and function can cause illness within the human body (2). 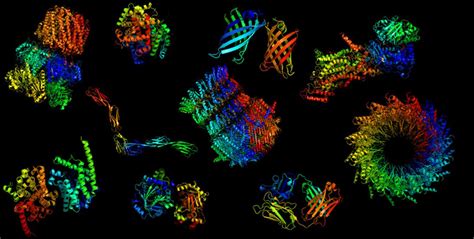 Recently, proteomics studies have identified proteins that offer promise as diagnostic or prognostic markers, or as therapeutic targets in a range of disorders. Specifically, neurodegenerative conditions, which are becoming increasingly prevalent, are characterized pathologically by abnormal protein buildup but lack targeted therapeutics. But, if we can understand how enemies of the body work at a functional protein-level, we can work to combat them through counterattack. With this in mind, proteomic-based platforms are becoming increasingly powerful to identify both potential disease mechanisms, as well as disease biomarkers, in neurodegeneration (3).

Using the proteome to diagnose and fight brain disease

The development of new technologies that enable high quality analysis of many proteins simultaneously are accelerating the utility of proteomics. These new tools are already helping to fuel and support pharmaceutical development across all stages of the process, from target discovery to post-market surveillance (4), and enable the development of specialty drugs that target specific diseases. 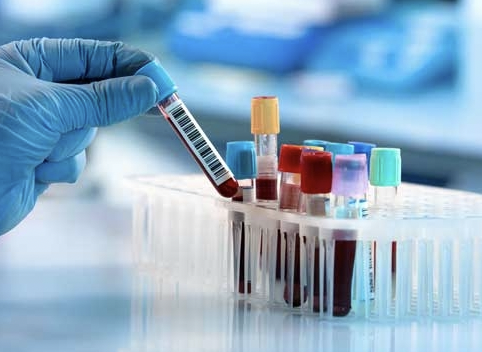 Proteomics is at the forefront of initiatives like the Accelerating Medicines Partnership (AMP)–Alzheimer’s Disease consortium. Launched in 2014, the consortium is a multidisciplinary effort between the National Institutes of Health (NIH), academia, and industry aiming to better define Alzheimer’s pathophysiology and develop biologically diverse diagnostic assays and therapeutic strategies (5).

Major pharma companies like Biogen are using multiplex biomarker screening to identify unique protein “signatures” left behind by brain diseases like Alzheimer’s and Amyloidosis (6). Others like Sanofi and Denali Therapeutics have recently reported a novel biomarker signature in the cerebrospinal fluid of Parkinson’s disease patients that differentiate them from healthy controls (7).

These developments may be able to serve as a revolutionary alarm system for diagnosing these brain diseases, but also enable us to better understand them and represent vital clues in how we can better fight them.

In the Parkinson’s study, for example, researchers identified novel protein changes caused by the disease that impacted cell adhesion, insulin regulation, and bioactive peptide processing. These findings will now be used as potential targets for future drug development.

Another new player in the field of brain toxic fat waste removal is Circumvent Pharmaceuticals, whose technology is helping to target the underlying cause of  CLN1 Batten Disease, a rare form of early childhood neurodegeneration. CLN1 Batten Disease is caused by a mutation in the CLN1 gene that is responsible for removing a type of fatty acid called palmitate from proteins in the cell (8). When this gene is mutated, brain cells are unable to remove palmitate from proteins, which leads to rapid neurodegeneration in early childhood. By using proteomics to characterize the palmitoylome (proteins that undergo palmitoylation, or protein-specific fatty acid associations), Circumvent is investigating several therapeutic strategies that can modulate these types of proteins and prevent this form of neurodegeneration.

By looking at a rare childhood form of dementia, researchers are opening up the frame of the pathophysiological diversity among neurodegeneration biomarkers. According to Circumvent CEO, Andy Lim, “rare genetic diseases, often with a well-defined pathogenesis, represent unique opportunities for drug discovery in a given homogeneous disease, but with possibilities for subsequent indication expansions.”

Momentum in the proteomics space

The continuous development of robust platforms to measure small changes in proteins is critical for patient subtyping and analytical evaluation of novel disease-modifying (and potentially life-saving) therapeutics. There is an increased need for objective biomarkers to evaluate efficacy and safety of novel therapeutics, and the big pharma players have been keeping an eye on that.

Just recently, Eli Lilly announced the $135M acquisition of Disarm Therapeutics, a biotech startup creating a new class of disease-modifying therapeutics for patients with axonal degeneration, which occurs at early stages of neurodegenerative disease (9). Disarm has discovered novel, potent SARM1 inhibitors and is advancing them in preclinical development, with the goal of delivering breakthrough treatments to patients with peripheral neuropathy and other neurological diseases, such as multiple sclerosis. The expectation for Eli Lilly R&D is that targeting axonal degeneration could slow or even stop the progression of diseases of the central, ocular and peripheral nervous systems, like glaucoma, and Alzheimer’s disease.

Another example was Merck’s acquisition of Calporta Therapeutics for up to $576M, due to its research on TRPML1 agonists, designed to treat neurodegenerative disorders by clearing toxic proteins from the brain. Calporta presented TRPML1 agonism as a way to treat lysosomal storage diseases such as Niemann-Pick disease type C, reflecting the potential for the mechanism to reverse the accumulation of cholesterol and biolipids that characterizes these conditions (10).

Science and technology have increasingly embraced holistic systems-based “omics” approaches to biomarker discovery. As such, proteomics has emerged as a promising tool for systems-based biomarker advancement. This unbiased data-driven approach can link proteins to specific cell types, organelles, and biological functions and allow us to create a battle plan against a myriad of diseases by giving further insight into the mechanisms of illnesses of the brain and other organs. Advances in these technologies offer great hope for future understanding of neurodegeneration as well as the development of novel therapeutics based on these findings.

< The Bioverge Podcast: Making Long-Term Bets on Longevity
Changing The World Can Happen Anywhere, And Anyone Can Do It >
Read More
Media
Health + Tech
Investing
Startups
Press