Managed marketplaces and reality TV: How a new generation of gatekeepers is opening biotech up to amateur investors

Starton Therapeutics, a drug delivery biotech, is raising its next round of capital through Unicorn Hunters, a streaming show that invites viewers to consider and invest in a variety of startups alongside a panel of celebrity investors. 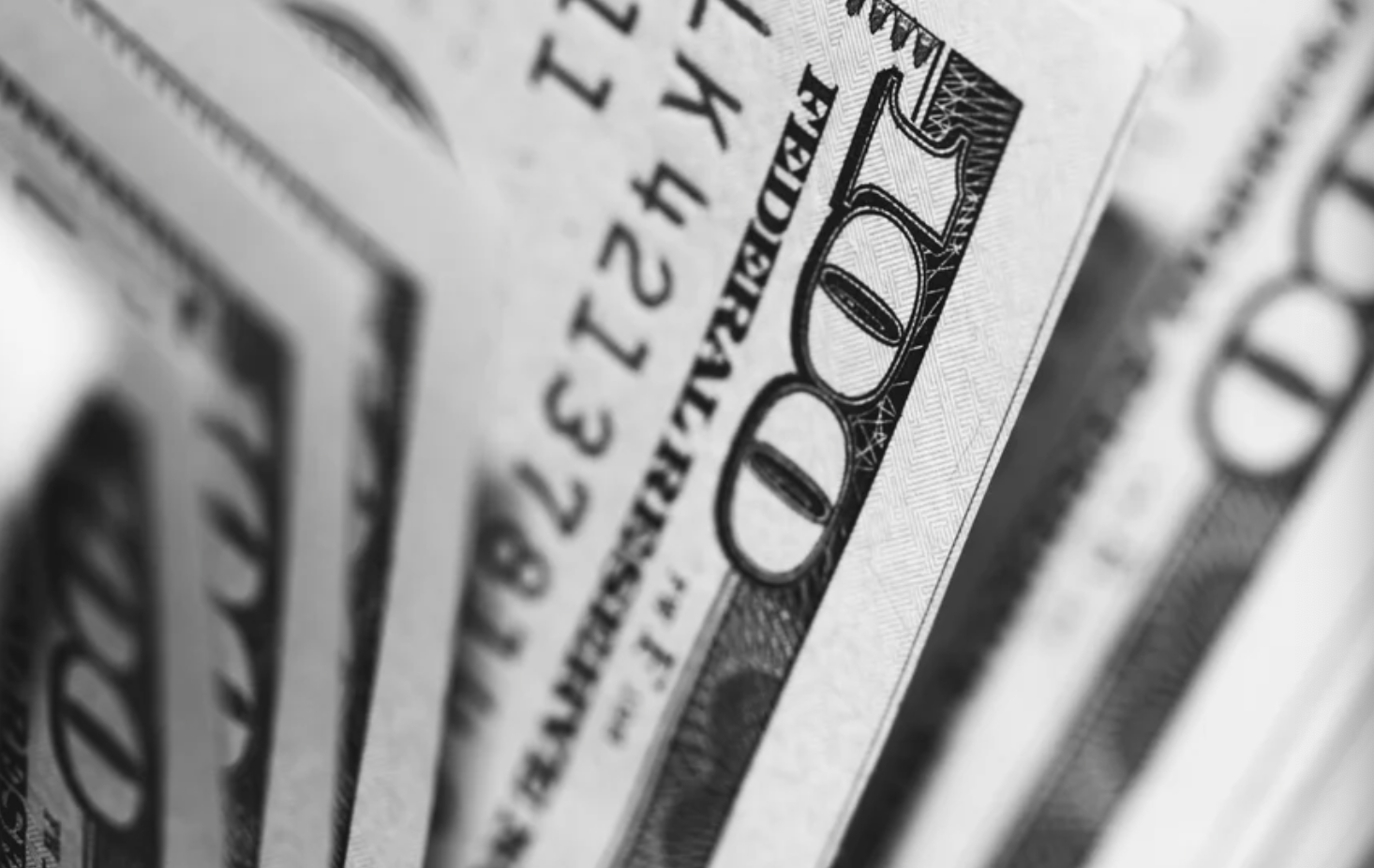 The average person will never get the chance to invest in a future unicorn like Moderna: The type of private equity deals that brought the now-famous biotech to the world are done in country clubs and coffee houses in a select few places, leaving anyone who is not a hedge fund manager, venture capitalist or disgustingly rich individual out of the game.

Amateur investors took center stage in January, when they battled hedge funds betting that the struggling video game retailer GameStop would go bust. But these individual investors were playing with a small piece of the investment pie—they were backing public companies and not private ones, which could be far more lucrative but are hard to access for regular people.

This type of investing isn't for the faint of heart or light of pocket book. Despite the best advice, companies can go under at any point. That means you could lose everything, whether you were able to invest $100 or $1 million.

An accredited investor is defined by the Securities and Exchange Commission (SEC) as someone who has a net worth of at least $1 million or made an income of at least $200,000 in each of the last two years. The SEC has since broadened the definition to include people who hold “certain professional certifications and designations and other credentials,” though this doesn’t necessarily add huge swaths of the general population to the investor field.

“The playing field wasn’t really level—you needed to have the right connections or right personal networks to gain access to these private investment opportunities,” Littman said.

And according to Swati Chaturvedi, CEO and co-founder of angel investing platform Propel(x), you had to be in the right place at the right time, too.

“These deals have happened in country clubs and now, more often in coffeehouses in Palo Alto. So, most people, even if they are accredited investors, don’t just have to be well-heeled—they have to be located in specific areas,” like Silicon Valley, Boston, New York and Chicago, Chaturvedi said.

So, how do regular people, accredited or not, get involved?

The Jumpstart our Business Startups (JOBS) Act, signed into law by President Barack Obama in 2012, made it easier for private companies to raise money from accredited investors by eliminating a rule against “general solicitation.” Previously, private companies couldn’t advertise their securities on TV and radio, newspapers and magazines, or websites available to the public. And as of 2016, the JOBS Act also allows regular people to get a piece of the pie via equity crowdfunding.

Aspiring investors can tap the likes of BioVerge and Propel(x), which work as managed marketplaces, sourcing deals from their networks of experts and investors, vetting those startups and then presenting them to clients. This is how they ensure they’re offering “high-value opportunities” and not a bunch of bad bets.

“Not everyone and their brother who had a thought of an idea can access this financing,” Chaturvedi said. “Our objective is that our users should become wealthy in the long run. These are high-risk investments and many of them do go under. Not only do we have to curate them to minimize that risk and educate our investors on what to expect, but we have to build trust.”

BioVerge offers investment opportunities to accredited and unaccredited investors via regulation crowdfunding, while Propel(x) treads a "middle path,” working with accredited investors who place minimum bets of $5,000. Both support their startups kind of like traditional VC firms, connecting them with experts, partners and even other investors for downstream financing.

However, it may take a particular kind of savvy to go looking for one of these services in the first place. A flashier way to get people's attention—and maybe their dollars, too—is a reality show, streamed directly into people’s homes.

Starton Therapeutics, a drug delivery biotech, is raising its next round of capital through Unicorn Hunters, a streaming show that invites viewers to consider and invest in a variety of startups alongside a panel of celebrity investors. Though it provides a venue for companies to make their pitches, Unicorn Hunters is not a securities broker and does not provide financial advice.

“We go out of our way to remind our viewers and potential investors that there is a risk in investment, that you’ve got to understand your risk tolerance,” said Moe Vela, one of the show’s investors who’s been a senior executive for vice presidents Al Gore and Joe Biden.

Starton, unlike most biotech companies, including two that CEO Pedro Lichtinger has helmed, has never tapped institutional investors, such as hedge funds and mutual funds. Instead, the company has funded its work through individual investors, also called retail investors, across four funding rounds.

This route was chosen so the company's management and founders could retain control of the company, rather than hand ownership and decision-making power to venture capitalists, Lichtinger said.

“We have 250 investors; no institutions and no VCs,” said Pedro Lichtinger, CEO of Starton Therapeutics. “We’ve been able to raise $27 million, with about 33% of capital being raised from repeat investors.”

Now, Starton needs a lot more money from a lot more people to get to the next level. Executives made their pitch to the Unicorn Hunters—and the audience at home—on June 7 and hopes to raise $20 million to $30 million from the offering. The minimum bet an individual can make through this deal is $3,100 for 1,000 shares in Starton. Originally open until July 2, the offering was extended to Sept. 2.

The company will use the funds to bankroll phase 1 and 2 studies of its lead program, a version of Bristol Myers Squibb's multiple myeloma drug Revlimid delivered through a patch worn on the shoulder for seven days, Lichtinger said in his pitch. Starton is developing the treatment, called STAR-LLD, for patients with chronic lymphocytic leukemia (CLL).

The patch is designed to continuously deliver the drug and avoid the yoyoing of drug levels in patients’ blood that comes with daily dosing. When drug concentrations in the body are high, patients may suffer unwanted side effects. When they are low, there may not be enough drug in the body for it to be effective.

“Revlimid is dosed every 24 hours, but it has a three-hour half-life, so by the twelfth hour, it falls below the minimal efficacious level. By the fourteenth hour, there is virtually no drug in the patient. This gives cancer cells a reprieve for 10 to 12 hours a day where they are potentially developing resistance,” Lichtinger said.

Besides CLL, Starton is developing STAR-LLD for the treatment of multiple myeloma and is working on a second asset aimed at tackling nausea and vomiting caused by chemotherapy.

Though he has experience raising money from individual investors, Lichtinger couldn’t predict how well Starton would do courting backers through the show.

“There is not enough history in terms of what we cannot or can achieve through Unicorn Hunters,” Lichtinger admitted. When he spoke to Fierce in early June, Lichtinger said the show had 60,000 accredited investors signed up with a goal of increasing that to more than 100,000.

At the end of the day, Starton is trying different ways to share its story with more and more accredited investors, he said.

Vela and the other unicorn hunters started the show “because we need efforts that reach the masses.”

With flashy graphics, fast pacing and a star-studded cast of investors like Apple co-founder Steve Wozniak, former U.S. treasurer, Rosie Rios, and pop star turned entrepreneur Lance Bass, it’s not surprising if viewers get excited about Unicorn Hunters. But the show only offers investment opportunities to accredited investors—those worth at least $1 million or who make at least $200,000 a year—likely cutting out many of its viewers. Unicorn Hunters declined to share demographic data about the people who have registered as accredited investors with the show.

“Over 90% of the U.S. population are not accredited investors and are still being left out of investment opportunities like those that Unicorn Hunters presents on their show,” Littman said. “I think Unicorn Hunters is a step in the right direction, but I don’t think it’s truly democratizing access.”

Littman would like to see a show like Unicorn Hunters offer regulation crowdfunding to allow more people to take part. Chaturvedi had a different take.

“I think shows like this are awesome because they build awareness,” she said. Whether they cater to accredited or unaccredited investors isn’t as important, she said.

Unicorn Hunters plans to launch a crowdfunding edition of the show down the line, so even more people can take part, Vela said. In the meantime, the showrunners are working with regulators to make that happen.

“It is very important for us to be compliant with SEC regulations and crowdfunding rules before we launch the next edition of the show,” Vela said. “I believe every person should be able to participate—I want the housewife in Nairobi, Kenya, the graduate student in Bogotá, the midlife working-class person in Kansas City... No matter the country code, the color of skin, ZIP code or balance of bank account, we want them all to have a chance to accumulate wealth.”

How do we measure success?

The question is, will Unicorn Hunters really help people, accredited or not, build their wealth? It all depends on deal flow.

“At the end of the day, it’s really going to come down to the quality of the companies and investment opportunities on the show,” Littman said. “I think the jury is still out... It’s critical for Unicorn Hunters to have early wins to capture attention and build their audience.”

As with any private investing, many of the companies on the show are going to fail or, at least, have disappointing returns, he said, adding that the key is whether the show will be able to keep finding new home run opportunities.

The crowdfunding edition may face hurdles that the show’s original version does not.

“If the minimum is $100 to invest, it now becomes a challenge to get sufficient investment. It’s also a challenge for platforms themselves to operate on very thin margins,” Chaturvedi said of the crowdfunding platforms that popped up after the JOBS Act passed. “When you can enter at $100, are you really investing, or are you just throwing your money away?” she said.

Either way, Chaturvedi thinks once awareness of private investing opportunities reaches a critical mass, firms like hers will be individual investors’ partner of choice.

“Only the platforms with highly curated opportunities will stay. Everyone else will get weeded out,” she said.

For Starton, life after Unicorn Hunters might look more traditional. The show and other venues for individual investment will just be alternative financing options for young companies to the usual VC firms, family offices and ultra-rich individuals, Lichtinger said. But he hopes Starton will pave the way for other biotechs to do the same.

“What we are doing with Unicorn Hunters is not going to replace institutional investors... At the right time as we approach our IPO, we will need institutional support,” Lichtinger said. “And of course, the IPO will happen when we have more data and we’re able to show this is unique and this is a really transformational opportunity to benefit patients."