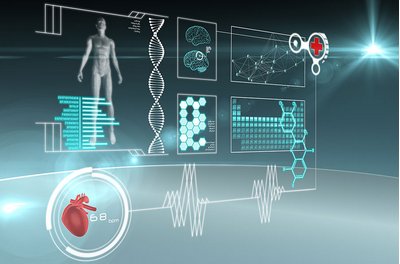 No matter how much we yearn to recover the robust health of our youth, every day brings us closer to frailty and, ultimately, death. As the Roman emperor, Marcus Aurelius, once said, “Do not act as if you were going to live ten thousand years. Death hangs over you.” 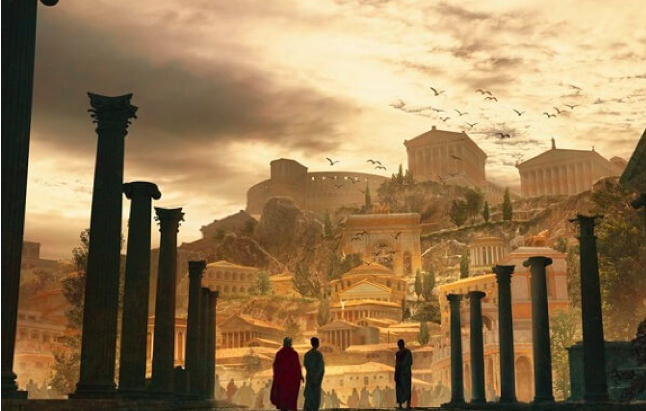 Image Source: When Did the Roman Empire Start and End?

Today, we live in a world where medical innovations have dramatically increased not only our collective lifespan, but also our healthspan. While Marcus Aurelius was extremely wealthy, the average life expectancy during his reign was a mere 25 years and he died before his 59th birthday. Today, we have solutions and tools that Marcus Aurelius couldn’t have possibly imagined.

For example, while Bioverge founder & CEO Neil Littman was at the California Institute for Regenerative Medicine, he had the pleasure of getting to know a family with a eight-year-old girl, named Evie. She was born with an inherited immunodeficiency disease, called Severe Combined Immunodeficiency (SCID). At the age of one, Evie received gene therapy to replace the defective copy of the gene responsible for her disease. Today, Evie is cured. She lives a normal life, goes to school, and even surfs!

Not too long ago, all these things would have been impossible for Evie or for any child born with SCID. Today, there are 28 other children, just like Evie, who have been successfully treated and cured with the technology CIRM funded. 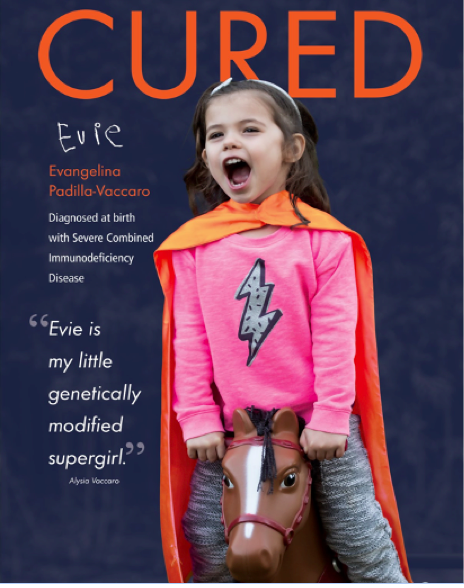 What the Tech Visionaries Know

As Steve Jobs famously said before his passing in 2011, “I think the biggest innovations of the 21st century will be at the intersection of biology and technology. A new era is beginning.” But it’s not just Jobs who believes that this nexus holds the key to generating a powerful new wave of innovation.

Why are all of these forward-thinking tech visionaries putting their money to work to solve health-related challenges? And why now?

The Velocity of Biological Innovation

Although humanity has contended with disease since its earliest origins, the first giant strides in public health didn’t take place until the late 18th to mid-19th Century with, first, Edward Jenner’s development of vaccination and, then, the concrete realization that microbes cause communicable disease. Vaccination has saved more lives than any other single medical innovation in history. The idea that germs were responsible for disease was a revolutionary advancement in our understanding of biology, leading to the development of modern sanitation systems. By the late 19th and early 20th centuries, most major cities had constructed extensive sewer systems to help control outbreaks of disease. This led to the eradication of diseases such as cholera, dysentery and typhoid.

Cholera, alone, was responsible for five separate pandemics from 1817–1892 and killed millions. Although these infections are still rampant in the developing world — and desperately deserve our attention — they are largely non-existent in the developed world. Based on these advances and others, by 1900, our collective life expectancy had increased to an average of 48.2 years, an increase of 92% since the days of Marcus Aurelius.

From the close of the 19th century and up to the present day, the discovery and understanding of vitamins continues to bear fruit. Today, our foods are fortified with nutrients essential to good health and nutrition. In the developed world and an ever growing portion of the developing world, nutritional diseases are things of the past. People now live longer and healthier lives.

World War 2 accelerated the development of antibiotics, first discovered in 1928 by Alexander Fleming in the form of penicillin. For the first time, infected people could be effectively cured by pharmaceutical intervention. Since that time, billions of lives have been saved and extended.

In 1948, the birth of the randomized controlled trial, or RCT, created an ethical code for conducting clinical trials as well as the structural framework to statistically test the null hypothesis. The RCT remains the gold standard for approving new drugs today and has led to the approval of over 1,600 drugs in the U.S. Thanks, in part, to our newfound ability to test the effectiveness of new medications and approve them for mass consumption, by 1975 our collective life expectancy increased to 71.4 years, an increase of 184% since the days of Marcus Aurelius and an increase of 48% in the span of merely 75 years — less than a single human lifetime.

Today, we’re again witnessing profound advancements in our understanding of biology. But, this time, we’ve coupled these advancements with a fundamental shift in how we apply other technologies to enhance these understandings. The diversity of the technologies being applied, coupled with the rate at which they are being applied, is unparalleled in human history. This rapid “cross pollination” is directly related to the velocity of innovation we’re witnessing today. 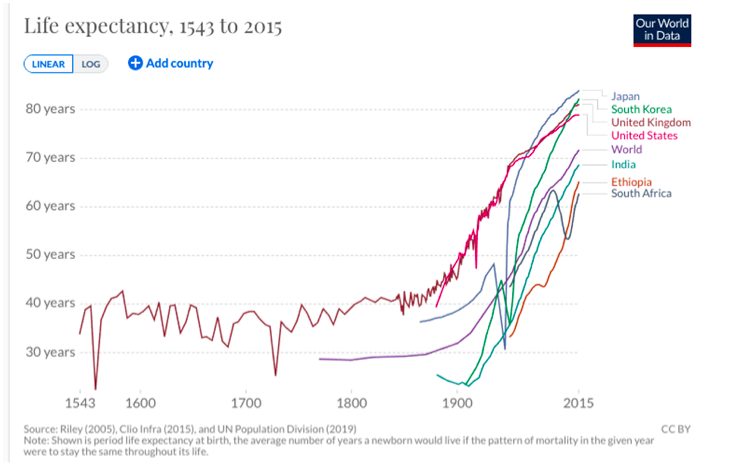 Source: Our World in Data Life

Today, the United Nations estimates the average global life expectancy is 72.6 years. In the United States, life expectancy is 78.9 years. With each passing year, the newly born live about three months longer than those born the prior year. The best part is we’re only just beginning to scratch the surface of what’s possible. As astounding as this may sound, there is no fundamental biological reason we can’t continue to push our collective life expectancy, along with our healthspan, ever higher. 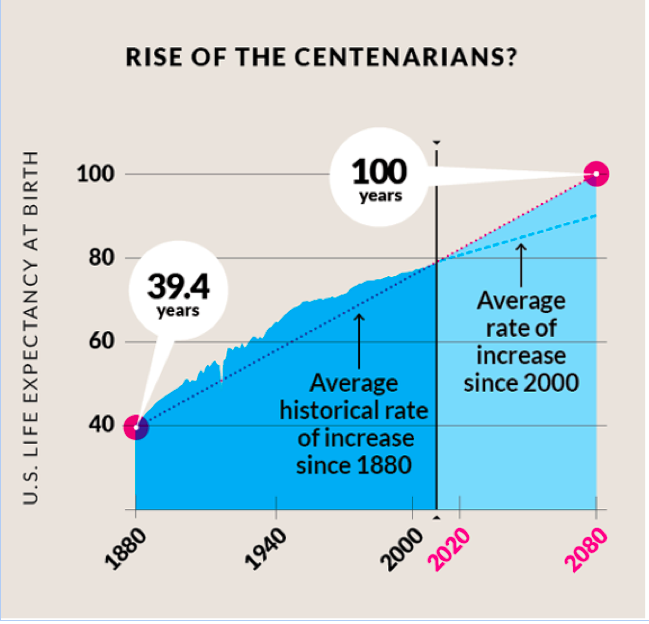 The Tools of the Trade

With new tools — such genetic engineering and modification, cell and tissue engineering, AI-enabled drug discovery, digital health and remote monitoring, cellular profiling and biomarker identification, and genetic sequencing and pharmacogenomics — we can now (in days, weeks or months) make things that previous generations couldn’t possibly create in a lifetime.

One of our portfolio companies, Volumetric, has developed a stereolithography 3D printing process that can construct complex biological structures like blood vessels and lung alveoli, bringing replacement organ creation closer to reality. Another company in our portfolio is working to turn fat stem cells into functioning liver cells, hepatocytes. If successful, HepaTx could make liver transplants obsolete with an unlimited supply of patient supplied replacement cells. Today, while liver transplants are effective, less than 3% of patients who need them actually get them.

For some, the challenge with organ replacement is limited availability. A shocking 60% of properly donated organs are ultimately wasted due to the short viability of donor organs (just a few hours) and because many donated organs ultimately aren’t functioning well enough to transplant. For others, transplant complications continue within them long after surgery in the form of chronic rejection by their immune system.

It’s recently been estimated that viable whole organ replacements, bridging treatments, and specialized engineered tissue could prevent >30% of all deaths, enhance longevity, and vastly improve quality of life for recipients.

Another company in our portfolio, Foresight Mental Health, is bringing new technology-enabled solutions to the mental health space by transforming the current standard of care from qualitative (i.e. “how are you feeling today”) to data-driven, highly personalized, and objective. In light of the COVID-19 pandemic and increasing demand for mental health services in this country, Foresight is one of the fastest growing startups we’ve ever seen. 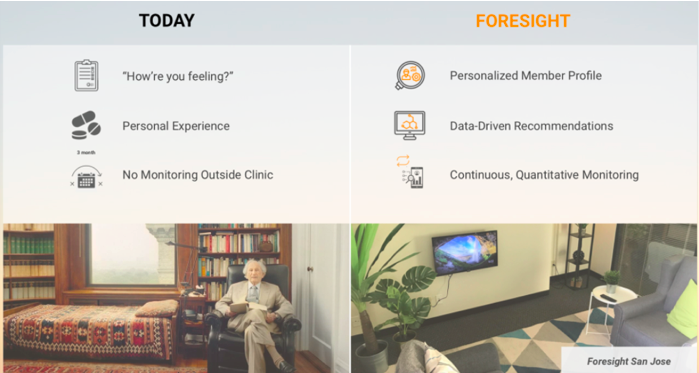 EnClear Therapies utilizes a filtration system, similar to kidney dialysis, to treat neurodegenerative diseases by removing the toxic proteins thought to cause such maladies. And it’s not just Bioverge who sees value in these innovative companies. Thiel Capital is an investor in EnClear, along with Amgen Ventures and several other highly-specialized healthcare investors.

Large, strategic acquirers are stepping in as well. Virgin Pulse recently acquired our portfolio company, Blue Mesa Health, developer of a digital therapeutic for remote diabetes care, support and prevention. In 2019, 463 million adults were living with diabetes and that number is expected to soar to near 700 million by 2045. Digital therapeutics — defined as software solutions that are designed to help patients change their behavior — is an emerging area that holds tremendous promise to help nudge people into making healthier lifestyle choices through proper diet and exercise.

With emerging technological synergies, we are, quite literally, curing what was previously thought to be incurable.

How You Can Change the World

When you’re lying on your death bed, contemplating the meaning of your life, what do you think will matter most to you? Will it be that fancy new car you were so excited about driving during your mid-life crisis, that vacation home you bought and used a couple weekends per year, or that additional time you spent with your children, your parents, your sister, your brother, or your friends?

What if I told you of a way to participate and wage war against death itself? What if you could join the fight to continue pushing our collective lifespan and healthspan ever higher — certainly 5 or 10 years higher — or quite possibly to 150 years and beyond?

Today, we all have the opportunity to invest in the same types of technologies that cured Evie. They are literally a click away, if you know where to look. We’re already living in a world where we’re routinely bringing science fiction to life. Why not join the fight against death, rendering it just another disease we have eradicated? As Marcus Aurelius said, “When you arise in the morning think of what a privilege it is to be alive, to think, to enjoy, to love …”

Join us at Bioverge to learn how you can invest in visionary entrepreneurs who are transforming healthcare and bringing science fiction to life.