What can classic literature teach us about the gut microbiome?

As Leo Tolstoy said in Anna Karenina, "All happy families are alike, but every unhappy family is unhappy in its own way." If you think about your microbiome as one big family, then healthy guts are generally alike (even if the exact composition of the microbiome varies from person-to-person), however, each unhealthy microbiome is unhealthy in it's own way. 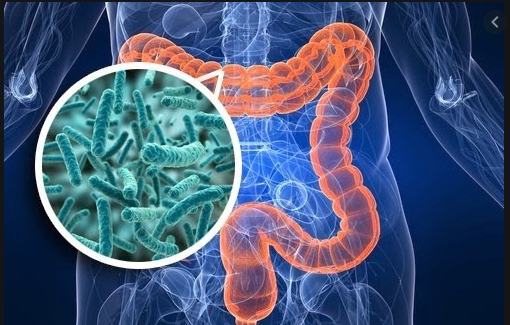 While the vast majority of microbiome companies aim to add healthy bacteria back into the microbiome to treat disease, these approaches are missing half the picture. Why? Because viruses make up at least half of the organisms in the human gut!

This is important since changes in the composition of the gut microbiome have been linked to a number of chronic diseases, including inflammatory bowel disease (IBD), which affects nearly 2 million people in the U.S.

Ans here's where Ancilia fits into the picture.....

Ancilia is developing a platform technology to enable the development of phage-resistant bacterial therapeutics (viruses that attack bacteria are called bacterial phages). In other words, Ancilia is engineering bacteria to be resistant to the nasty little virus that wreck havoc on the otherwise healthy bacteria that resides in your gut! Pretty cool, huh?

Anicila's does this by harnessing the natural adaptive immune system in bacteria, the CRISPR-Cas system, to engineer bacterial immunity against the virulent phage populations in the gut. This technology may enable the development of the first and only known therapeutic class that can robustly and specifically target and destroy these gut viruses.

Quick Primer: Inflammatory bowel disease (IBD) is an umbrella term used to describe disorders that involve chronic inflammation of your digestive tract. Types of IBD include:

- Ulcerative colitis. This condition causes long-lasting inflammation and sores (ulcers) in the innermost lining of your large intestine (colon) and rectum.

- Crohn's disease. This type of IBD is characterized by inflammation of the lining of your digestive tract, which often spreads deep into affected tissues. 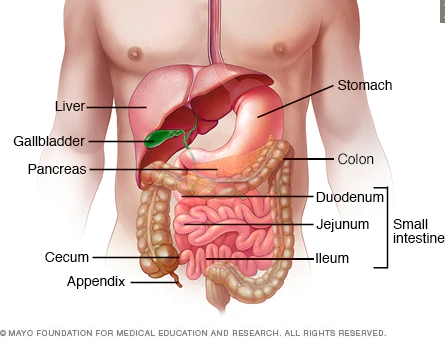 Furthermore, imbalances in microorganisms such as firmicutes, bacteroidetes, and actinobacteria have been linked to the development of diabetes, arthritis, and other neurological disorders. In addition, research has shown that long-term use of antibiotics, unhealthy lifestyle, and increasing age reduce the number of beneficial microorganisms in the human body.

Ancilia's approach (for which it has IP protection) enables them to profile an individual’s microbiome vial fecal analysis and screen for relevant bacterial phage targets, then functionally engineer bacteria via CRISPR/Cas to be resistant to them. If Ancilia can computationally screen and identify the phages associated with a particular disease, they can effectively engineer bacteria to resist these phages and prevent the destruction of healthy bacteria, thereby ultimately restoring microbiota equilibrium and potentially curing these diseases. 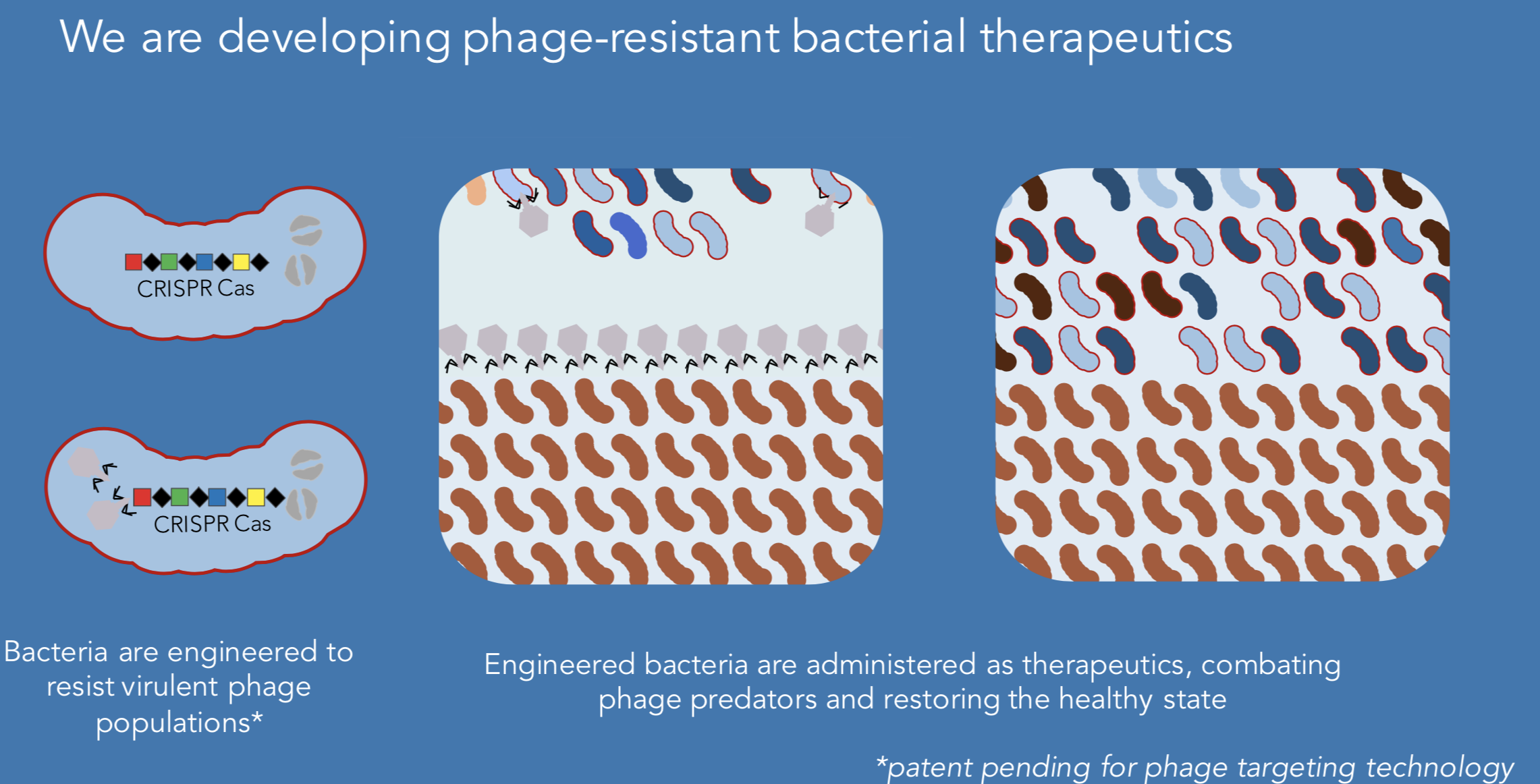 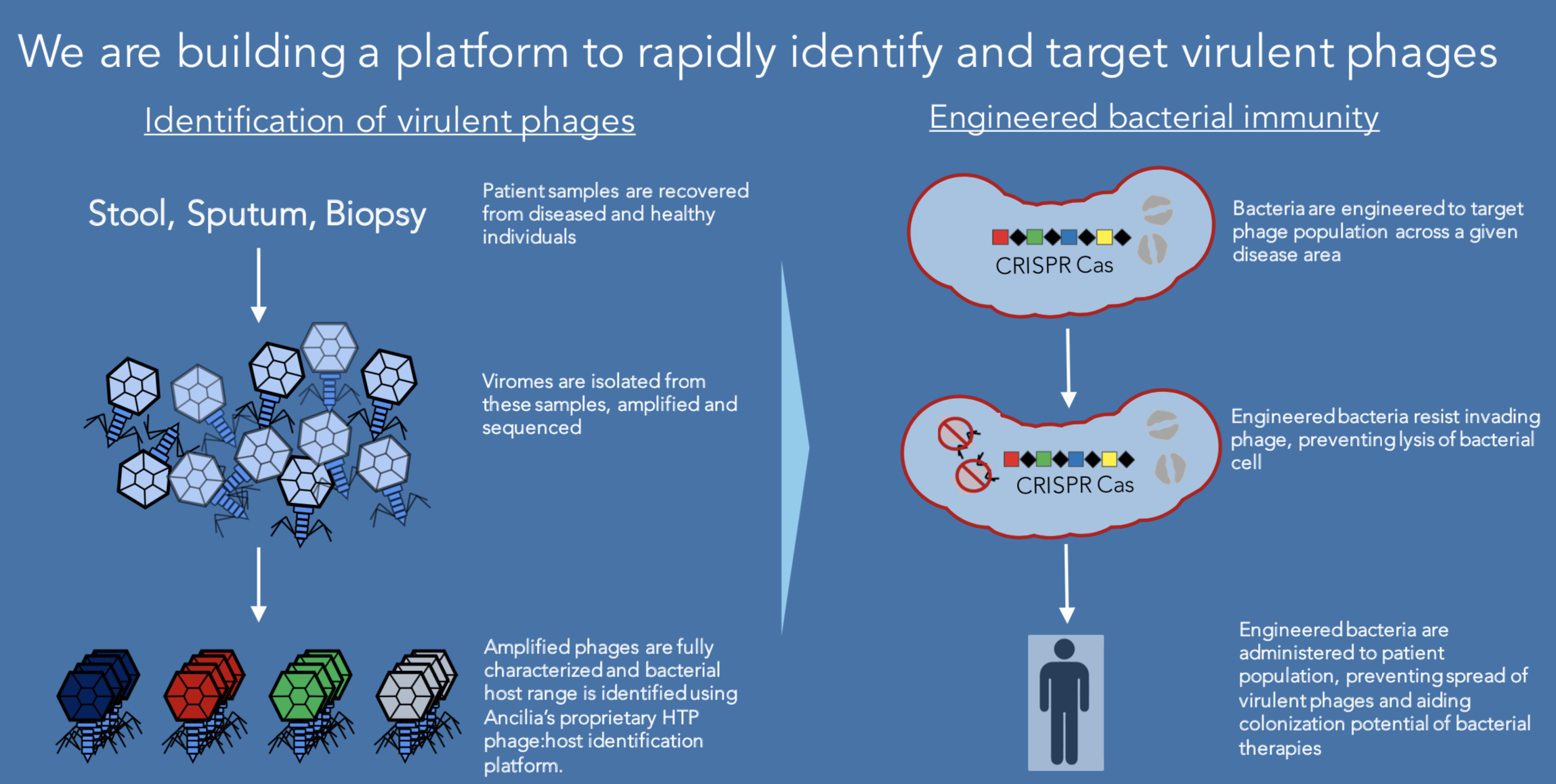 We have a broad platform for IP generation:

- We have identified unique endogenous CRISPR systems in commensal bacteria, plan to file provisional application for their use towards development of phage resistant bacteria by April 2020.

- Our discovery pipeline allows for rapid identification of novel phage targets and CRISPR systems across different indications, enabling us to build a deep IP portfolio.

Rodolphe Barrangou is an Associate Professor and the Todd R. Klaenhammer Distinguished Scholar in Probiotics Research at North Carolina State. He spent 9 yearsinR&DandM&Aat Danisco and DuPont, where he established CRISPR-Cas systems as the prokaryotic adaptiveimmunesystem. He served as the chairman of the board at Caribou Biosciences, and is a cofounder of Intelllia Therapeutics (NTLA) and Locus Biosciences (*in progress, to be completed in 2020) 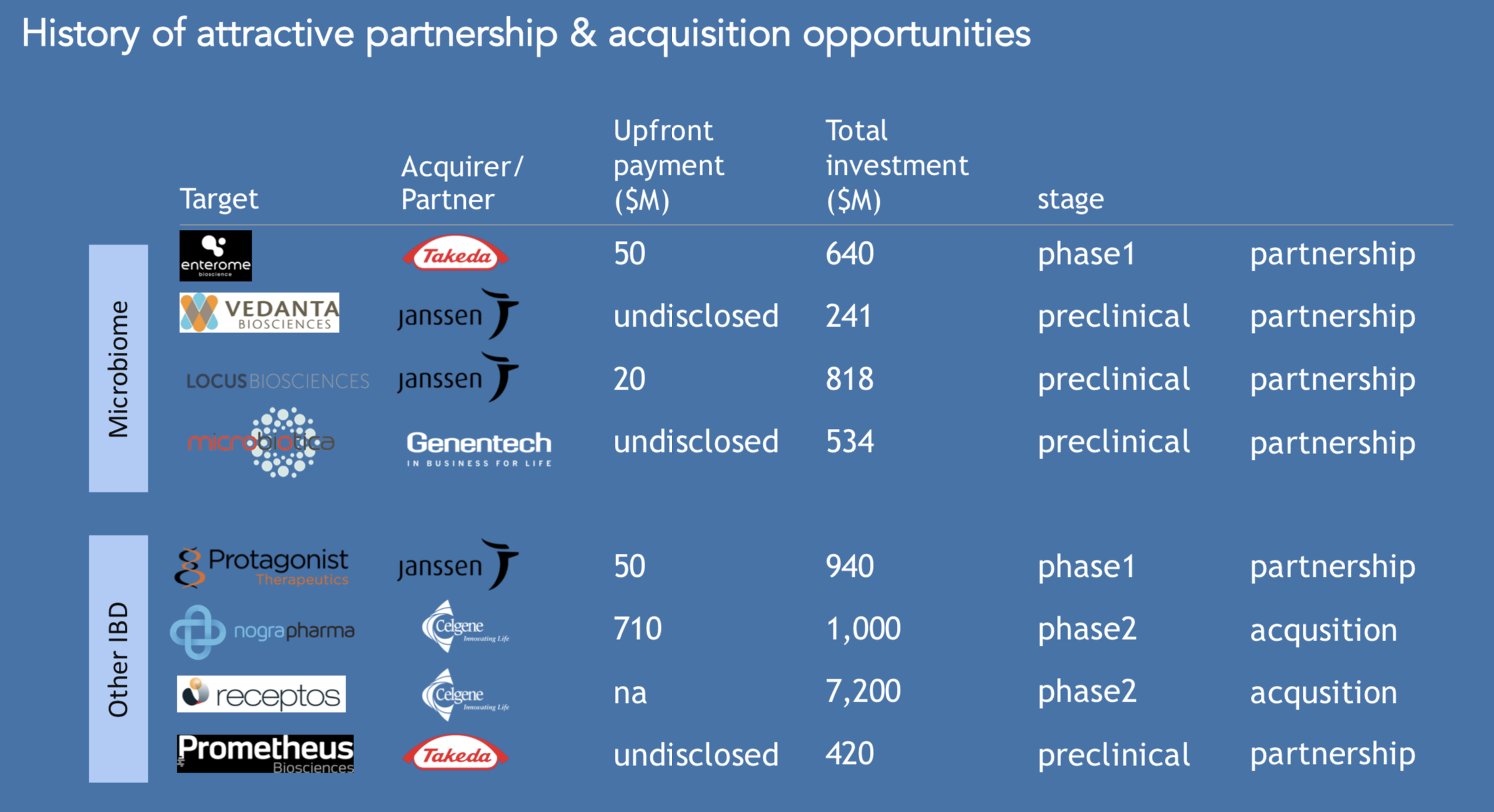