CNS disorders affect over 30M people with devastating impacts on patients and their loved ones.

Through traditional means, therapeutics attempting to treat CNS disorders are not effective enough at reaching critical areas of the CNS to have a significant therapeutic effect.

Because of these obstacles, it is extremely difficult for drug therapeutics to reach specific localized areas in the CNS. The low likelihood of reaching the destination means that increased dosing is required to have a chance at resulting in a significant therapeutic effect. However, as the dosage goes up the problem compounds in the form drug toxicity, which damages healthy tissues and can result in serious side effects.

Discovery of a way to safely and precisely deliver targeted therapies across the BBB to specific locations in the CNS would be revolutionary. We could use that newfound ability to treat the inaccessible tumors deemed "incurable", avoid high-risk, invasive brain surgeries, and stop irreversible damage after stroke, head or spine injury. We could finally treat neurodevelopmental and neurodegenerative diseases (ALS, Alzheimer's, Parkinson's), epilepsy, and addiction, at the source. And so much more…

EnClear Therapies is developing a novel drug delivery system capable of delivering therapeutics directly into CSF of the brain, circumventing the blood-brain barrier to enhance brain tissue penetration and improve safety and efficacy.

The EnClear System enables direct access to the CSF for the controlled, continuous, and personalized delivery of therapeutics. Dosage and flow rate are tracked and optimized in real-time to obtain precision efficacy and proactively reduce the risk of severe side effects and drug toxicity. The device is equipped with bidirectional flow (injection and extraction), so it can also be used as an access point for patient diagnostics and longitudinal monitoring. 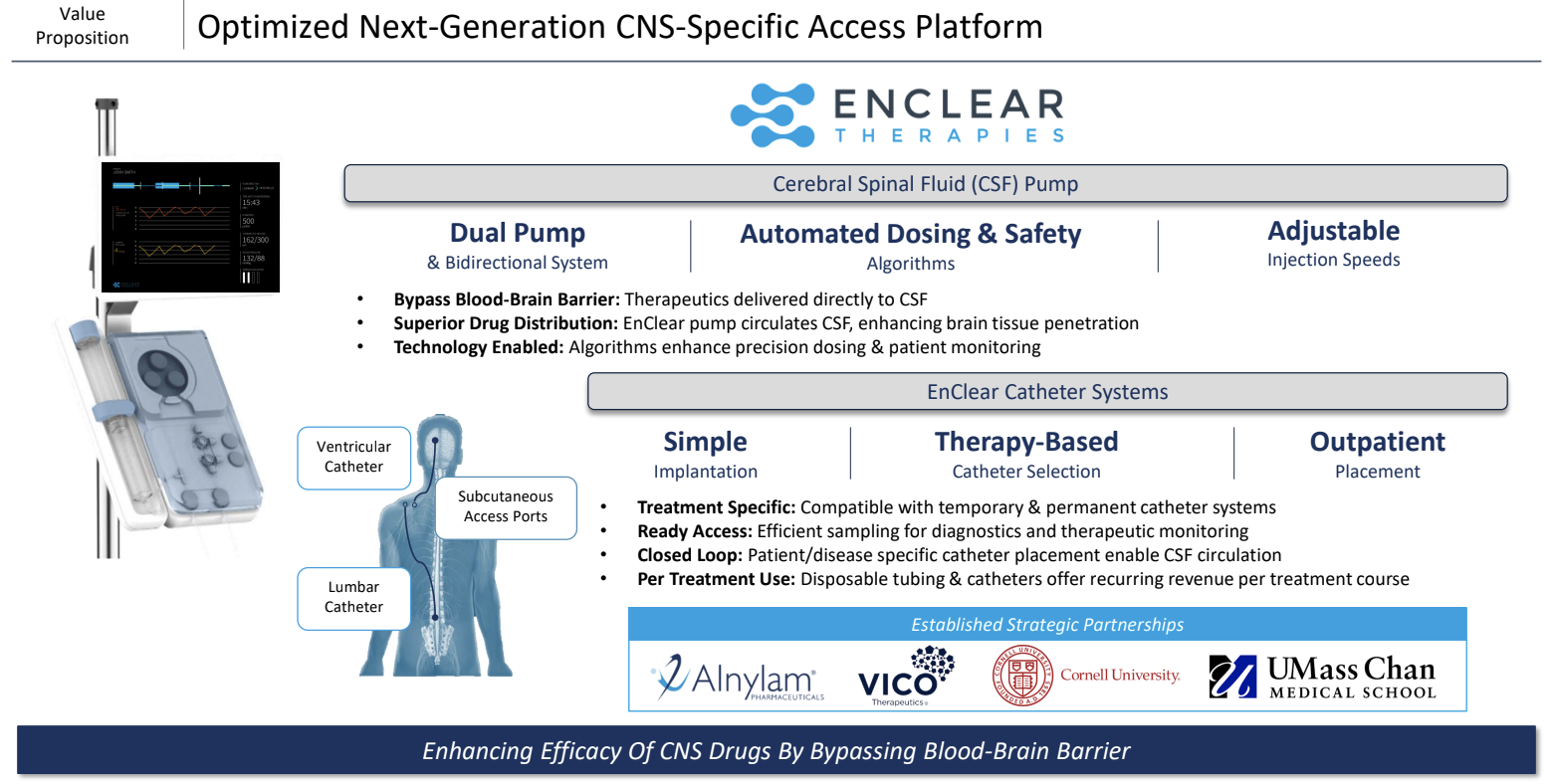 In large animal trials, the EnClear System has demonstrated its ability to increase drug availability in the CNS and promote enhanced deep brain tissue penetration for improved efficacy. The team has also shown that EnClear's CSF circulation improves the distribution of Methotrexate, an established neuro-oncology therapeutic, across all regions of the brain, outperforming alternative CNS delivery methods and validating the company's primary application in brain cancer. 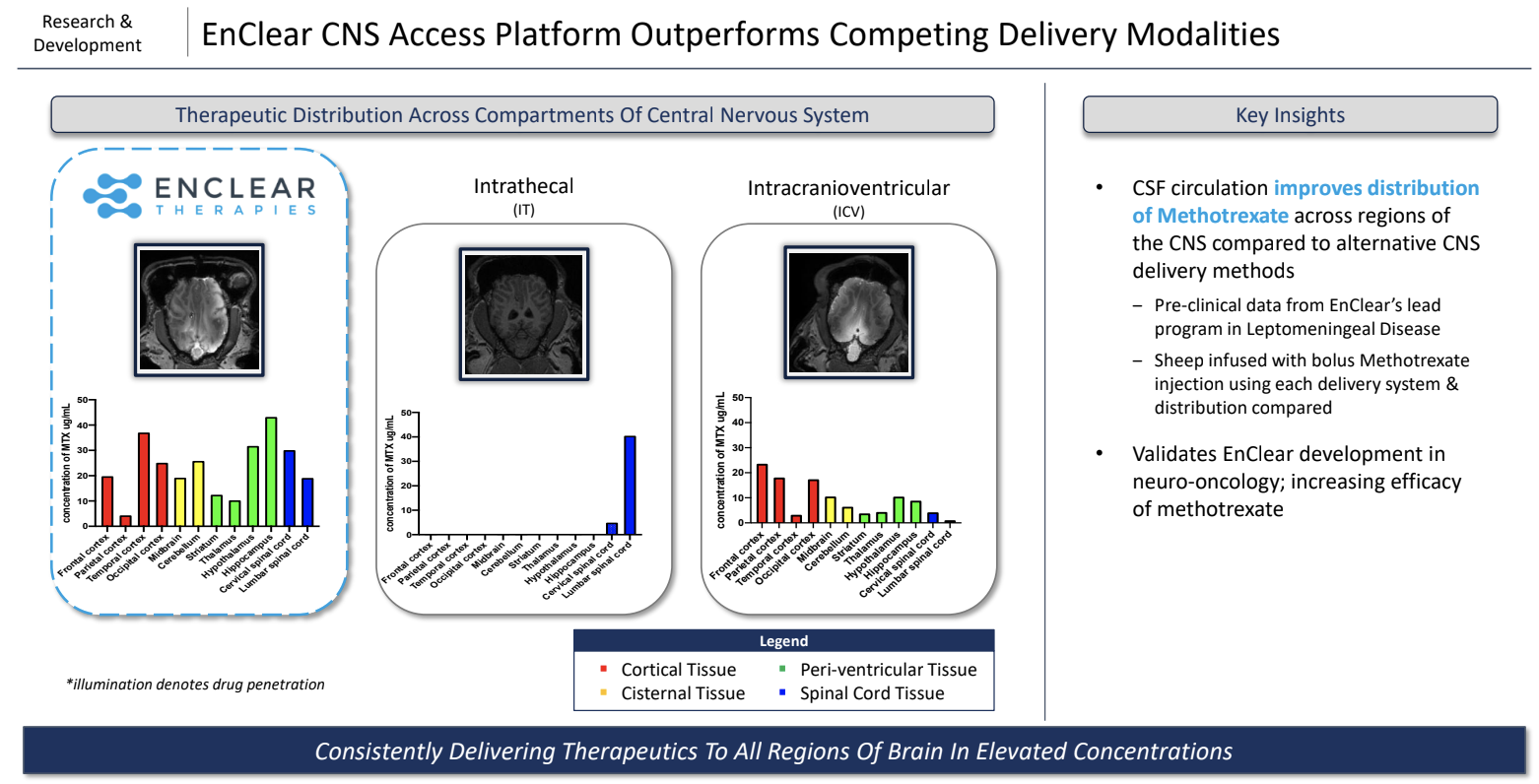 The EnClear team has established paid, strategic partnerships with major players, including Alnylam and Vico Therapeutics, who are leveraging the EnClear System to enhance bioavailability of their therapies. 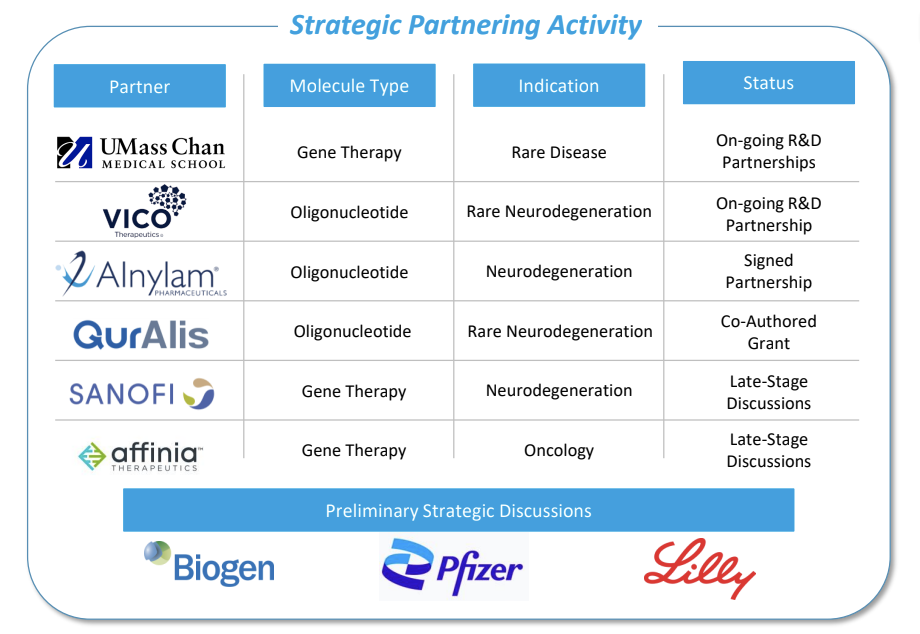 These partnerships are early validation of the market demand for next-generation CNS drug delivery and will also play a key role in establishing platform credibility among leading CNS-focused clinicians, scientists, and organizations. 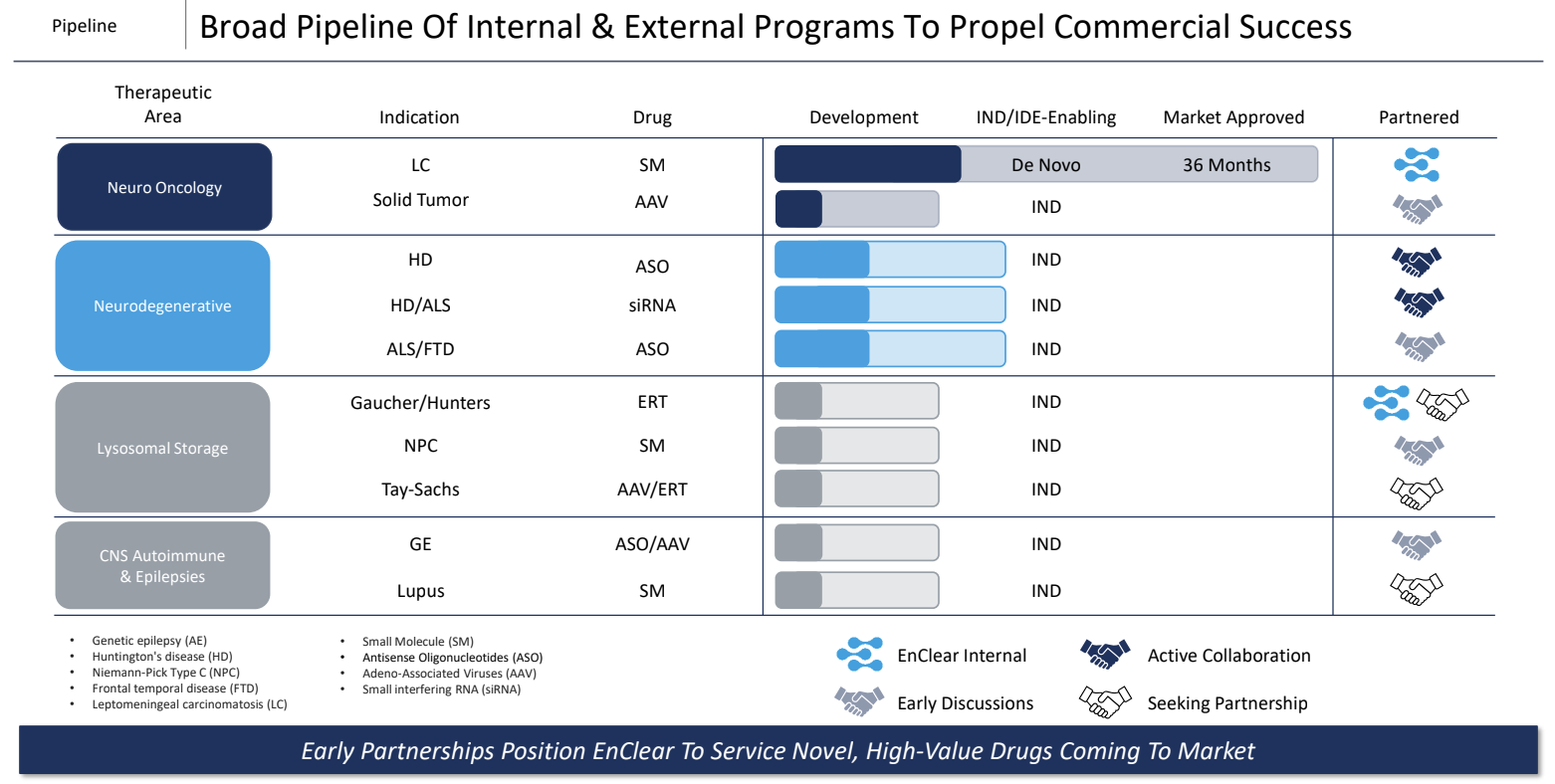 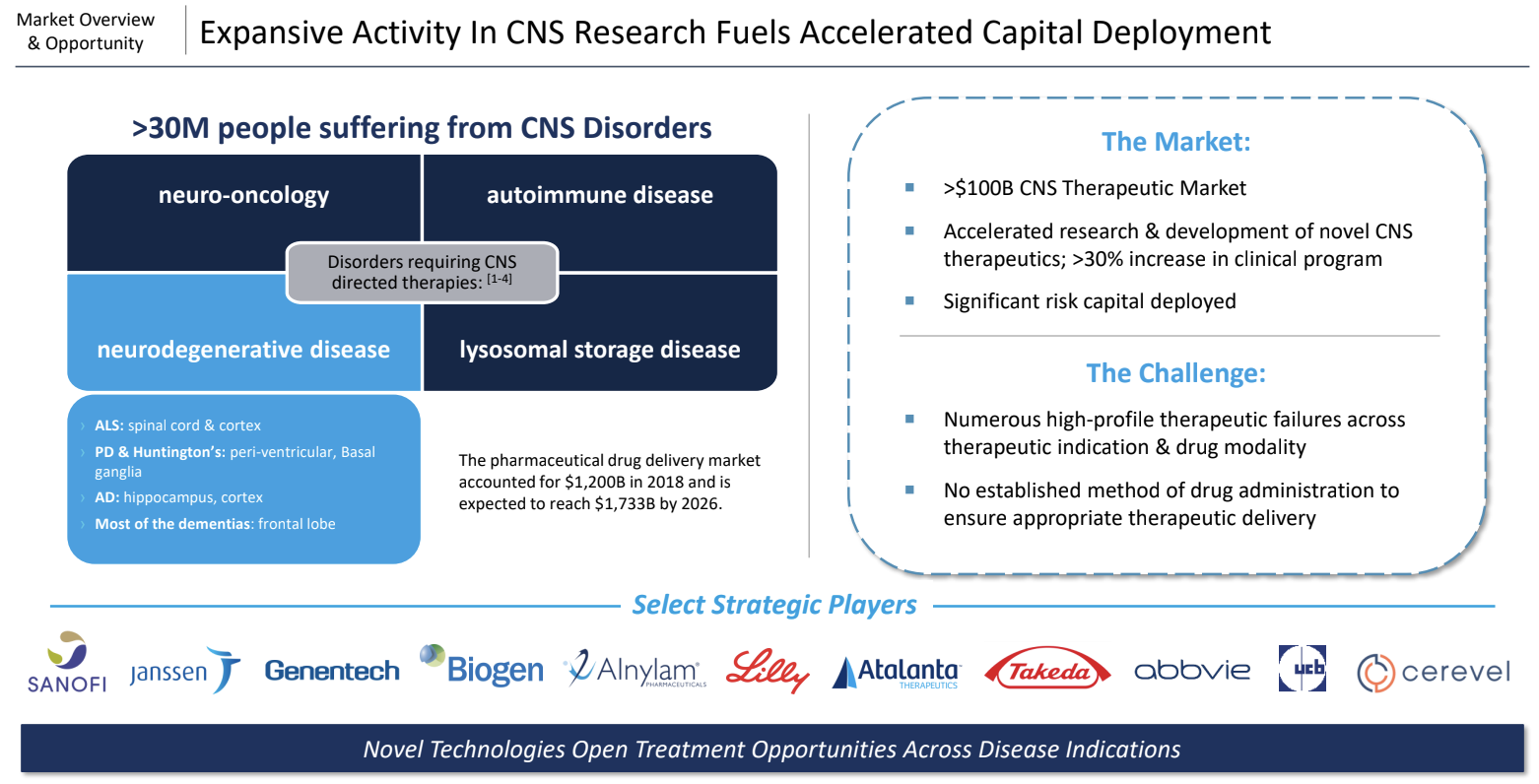 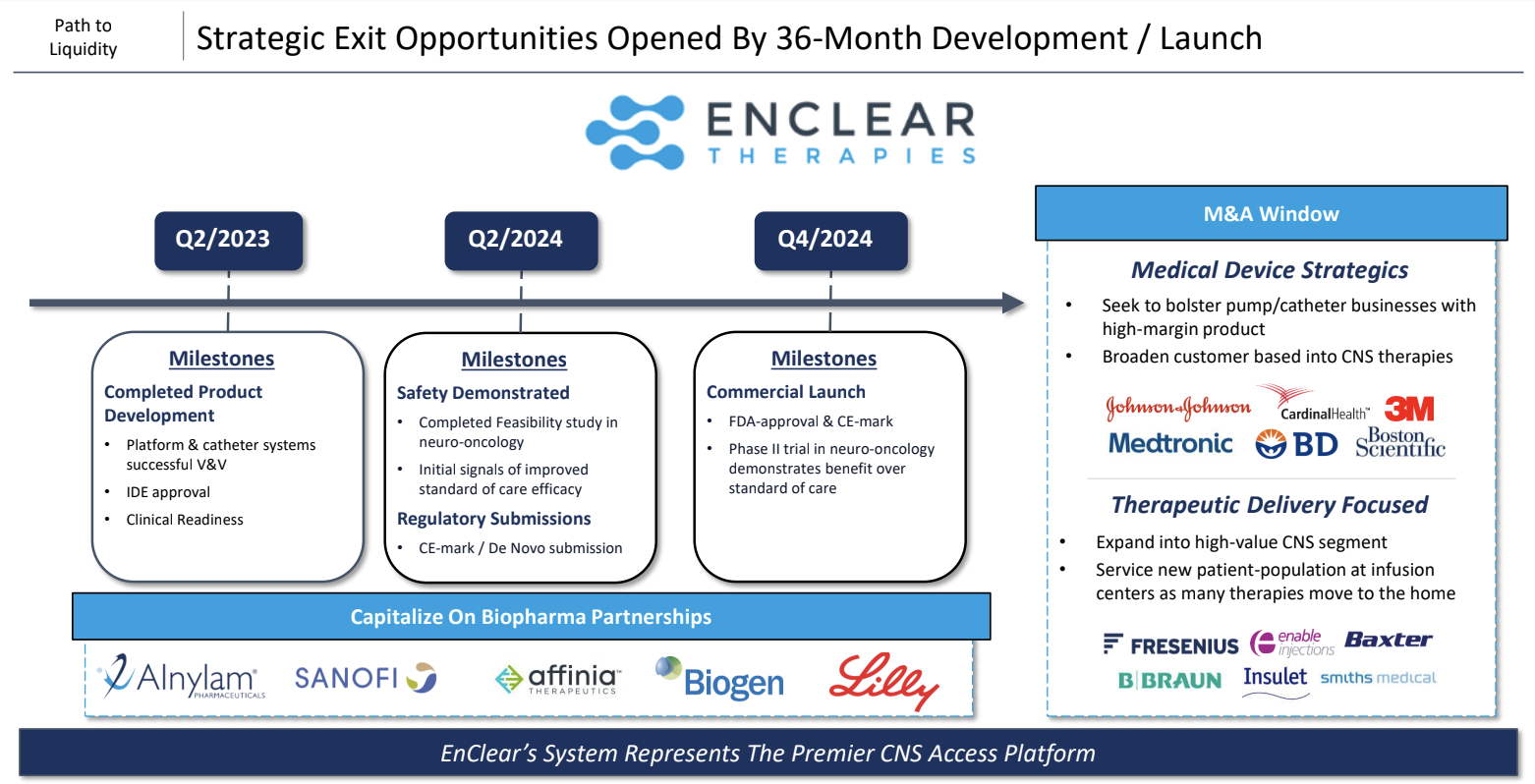 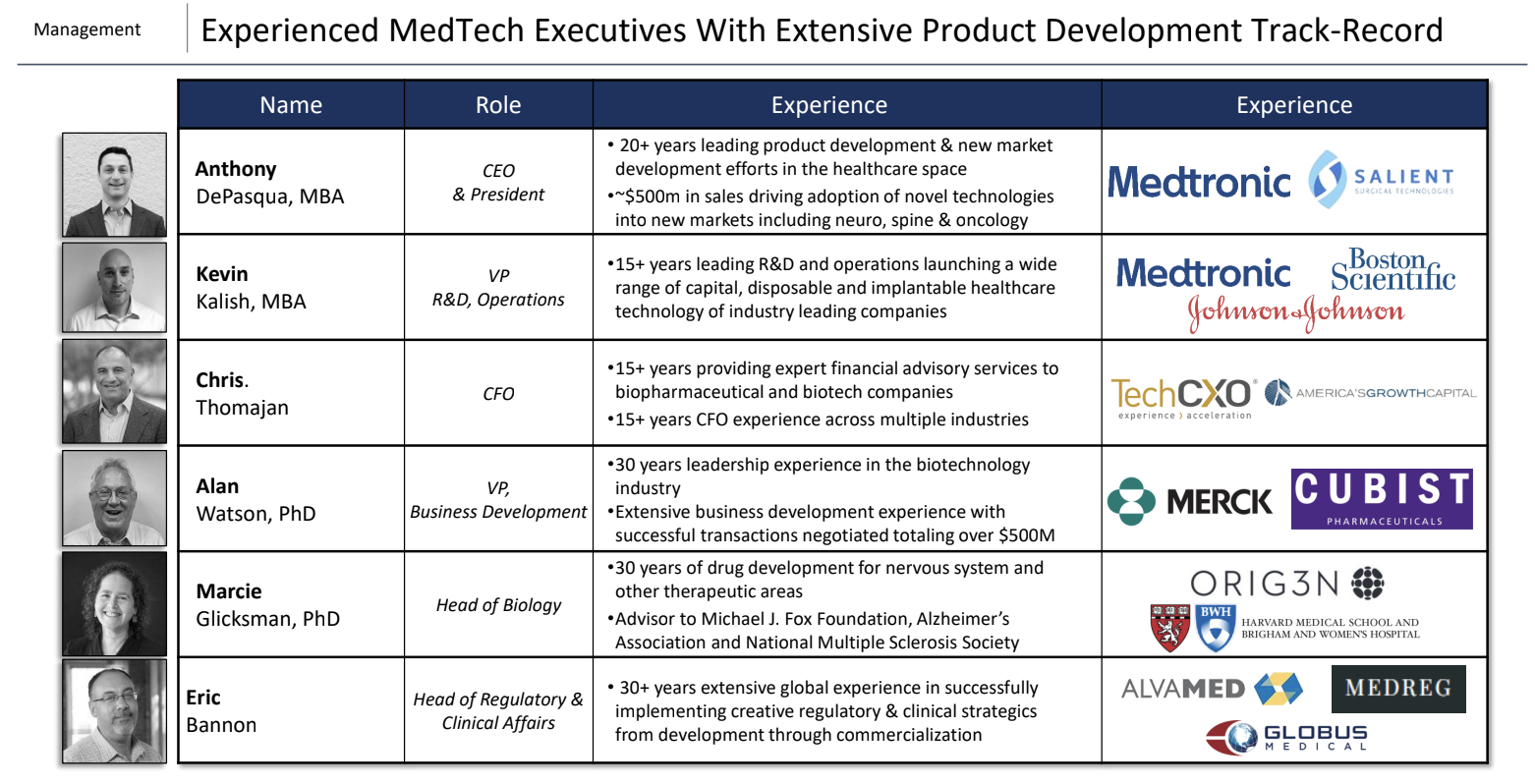 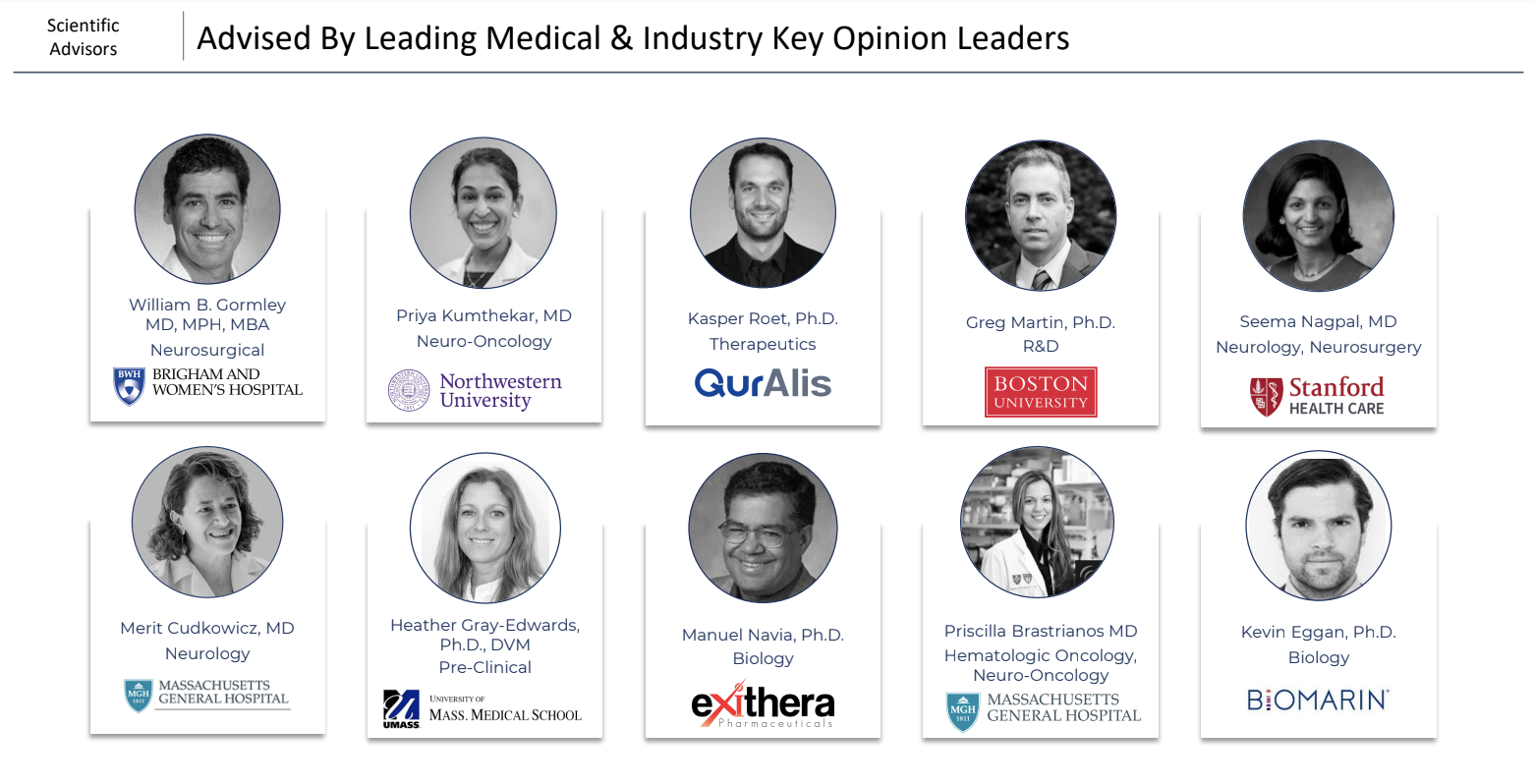 The company aims to close its Series B by the end of Q3 and plans to use round proceeds to bring the EnClear platform through Phase I and II patient trials.