We're currently fundraising! Become an early investor in Bioverge to own an expanding portfolio of leading TechBio startups through a single investment 🔬! Learn more and invest today 💸!

The Promise of Senolytics

The emerging field of senololytics explores the destruction of aged (senescent) cells, while sparing healthy ones to promote longevity

Did you know that having as few as one aged cell out of 10,000 in your body is enough to cause the obvious signs of aging?

The average human body contains roughly 30 trillion of its own cells. Every day, about 100 billion of these cells die and are replaced. Yet, if only 3 billion cells (the mere weight of a U.S. quarter) persist in a dysfunctional and senescent state, we start to show less skin elasticity, lower muscle tone, slower mental ability, and a host of geriatric diseases or conditions. Simply stated, relatively few rotten apples start to spoil the entire barrel.

Until we reach middle age, defective or damaged cells are usually triggered to self-destruct via a process known as apoptosis. As we reach our senior years, this mechanism becomes less efficient. In addition, proper immune system clearance of such cells wanes. Senescent cells are left with certain “anti-apoptotic” mechanisms stuck in the “on” position. They don’t die off. They don’t grow and reproduce. (1) These defective cells begin to “pollute” surrounding tissues, accelerating their aging in the process. (2) Osteoarthritis is the result of this process within our joint spaces.

Until relatively recently, nothing could be done about it. But, thankfully, researchers at the Mayo Clinic posed the question: Might there be a way for us to selectively destroy these aged (senescent) cells, while sparing healthy ones? If so, such an achievement would have the potential to not only increase lifespan, but also to reverse the typical signs of aging. With that, the field of Senolytics was born.

In 2011, the van Deursen lab at the Mayo Clinic set out to prove the concept. Their first series of experiments sought to show the effect of periodically clearing out senescent cells in aging mice. To do this, they engineered a variety of mice to contain custom DNA sequences. When periodically triggered by researchers, these sequences enabled the targeted destruction of senescent cells inside the mice. Treated mice ended up losing 60% of their senescent cells and, remarkably, were more physically fit, had significantly fewer age-related issues, and lived over 20% longer than untreated mice. (3,4,5)

In 2015, the Mayo team decided to try potential drugs to further investigate the impact of blocking anti-apoptotic mechanisms in senescent cells. (6) In deciding which drugs might be effective, they realized that both senescent and cancer cells shared a formidable trait that healthy cells lacked: the notorious ability to avoid death. They then demonstrated that senescent cells could be killed by impairing the same genes that cancer cells use to escape death.

The search led them to several existing drug candidates, including the cancer drug, dasatinib, and the dietary supplement, quercetin. In fact, the combination of these two drugs proved most effective – prolonging the lives of aging mice by up to 30%! (7)

Continued research led to the discovery that other dietary supplements, fisetin (naturally found in fruit and vegetables), piperlongumine (a pepper extract), and theaflavins (found abundantly in black tea), were all effective as senolytics. (8-14) Perhaps, the British custom of “high tea” each afternoon is much more than just a social ritual.

These preliminary results show the exciting promise of the field and are now being explored for use in human health.

These and other compounds that act on related pathways are currently undergoing clinical trials in patients suffering from neurodegenerative diseases (like Alzheimer’s), osteoarthritis, cancer, and assorted conditions caused by inflammation and fibrosis.

In addition to repurposing known substances, several emerging biotech companies, such as Oisín Biotechnologies and FoxBio, are exploring the development of gene therapies, designed to selectively target and destroy senescent cells.

While the efficacy of these efforts still needs to be proven in the clinic, the field of senolytics will continue to be crucial to the success of the longevity and regenerative medicine movements. It’s easy to imagine a future where routine medical check ups include the periodic cleansing of senescent cells from our bodies, helping us to actively prolong our lifespans (years of life) and healthspans (years of healthy life).

We’ll be closely following and avidly supporting companies at the forefront of this space. In the meantime, it seems prudent to take advantage of the senolytics that are readily available in delicious apples, strawberries, long pepper, and black tea.

Maybe there was more to this "apple a day" thing than we all realize... 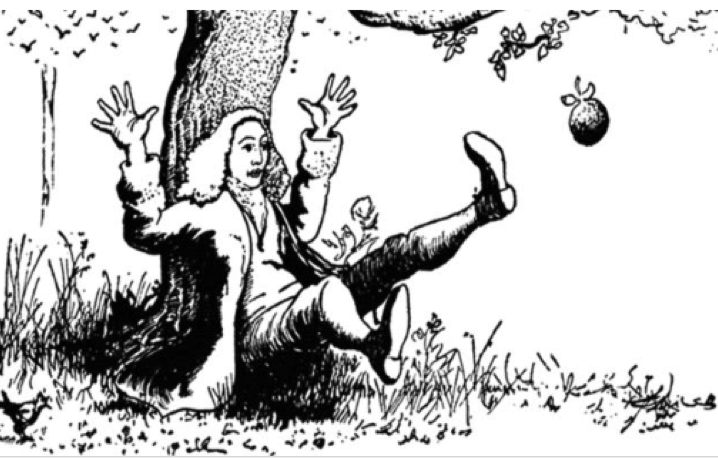 < Changing The World Can Happen Anywhere, And Anyone Can Do It
What Everyday Investors Should Know About Private Investments >
Read More
Health + Tech
Investing
Startups
Press
Media